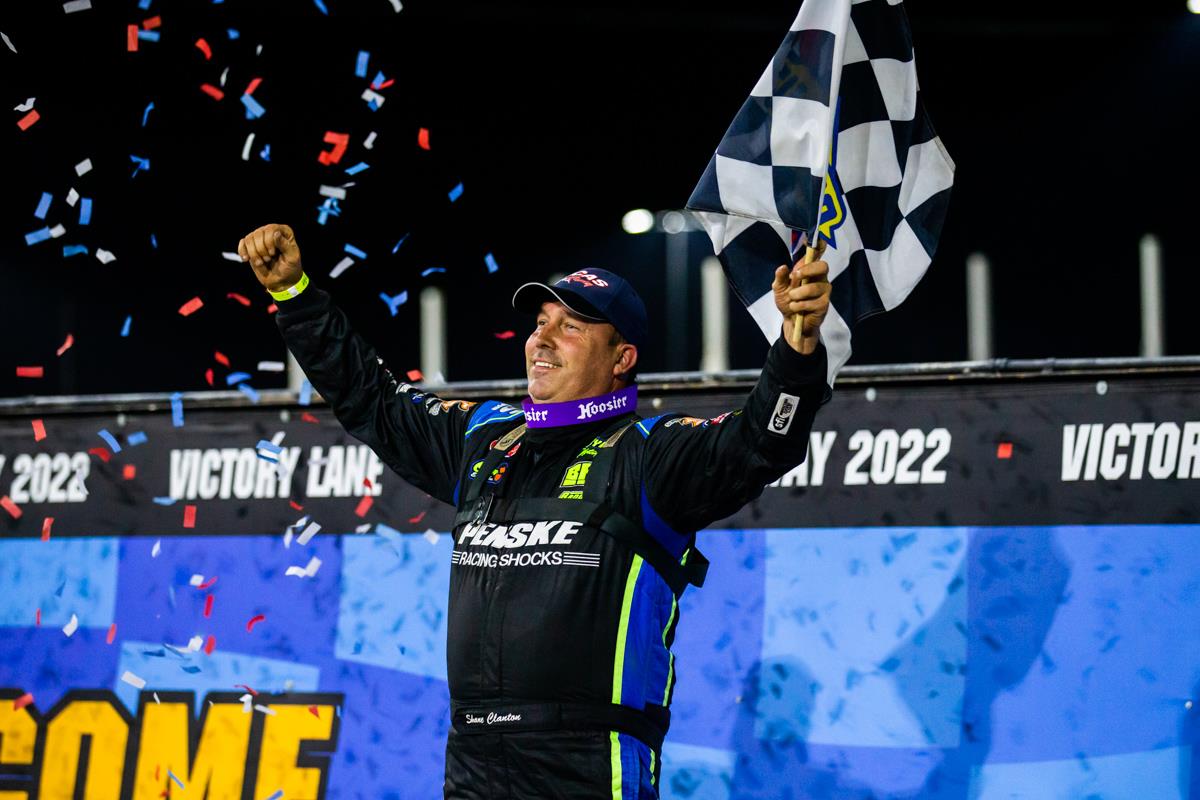 Clanton took the lead at the start of the 25-lap event, first holding off Hudson O’Neal and then Earl Pearson Jr. to pick up his second career win at Knoxville and becoming the 18th different winner this year with the Lucas Oil Late Model Dirt Series.

Pearson came home in second, followed by Jonathan Davenport, Brandon Sheppard, and Kyle Strickler. The top finishers in Thursday night’s preliminary feature have never won the Saturday night finale that pays $50,000 to the victor for the second year in a row.

The first caution of the race came with three laps complete when Chris Madden, who was making his first trip to Knoxville since 2019, slowed on the track ending his night. O’Neal stayed with Clanton on the restart, but just as it looked like O’Neal had something for Clanton, he slowed on the track with rear end issues to bring out the second and final caution of the race with ten laps scored.

On the restart Pearson and Davenport had a tight battle for second as the two drivers who have a combined seven Lucas Oil Late Model Dirt Series National Championships tried to track down the high-flying Clanton.

In Lucas Oil Victory Lane for the sixth time in his career, the 47-year-old Georgia native was pleased with the performance of his car. “I could pass cars there on the bottom, so I knew my car was pretty good. I think we have a good enough car right now to win this on Saturday, we just need to be up front and take advantage of it. You need a car that is balanced to win here Saturday. You can’t use a lot of brake getting into the corners you need it where it turns free, and it still has traction, and that’s what we have right now so hopefully the track will be the same on Saturday. We can put a harder tire on the right rear maybe it will be alright.”

Pearson, whose win at Port Royal in August ended a two-year dry spell, came home in second. “The track was top dominate tonight, there is no doubt about it. We started fourth after transferring from our heat. The car was good all night with a lot of speed. We had a good points night. On the restarts you could do a little bit of a slide job. Jonathan [Davenport] drove me clean coming off of two, he could have slid on up and made me hit the brakes, but he didn’t.” 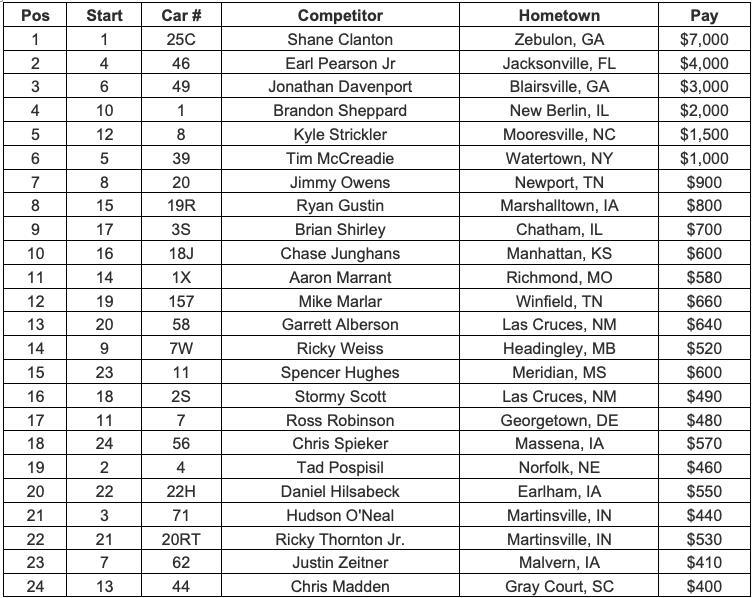 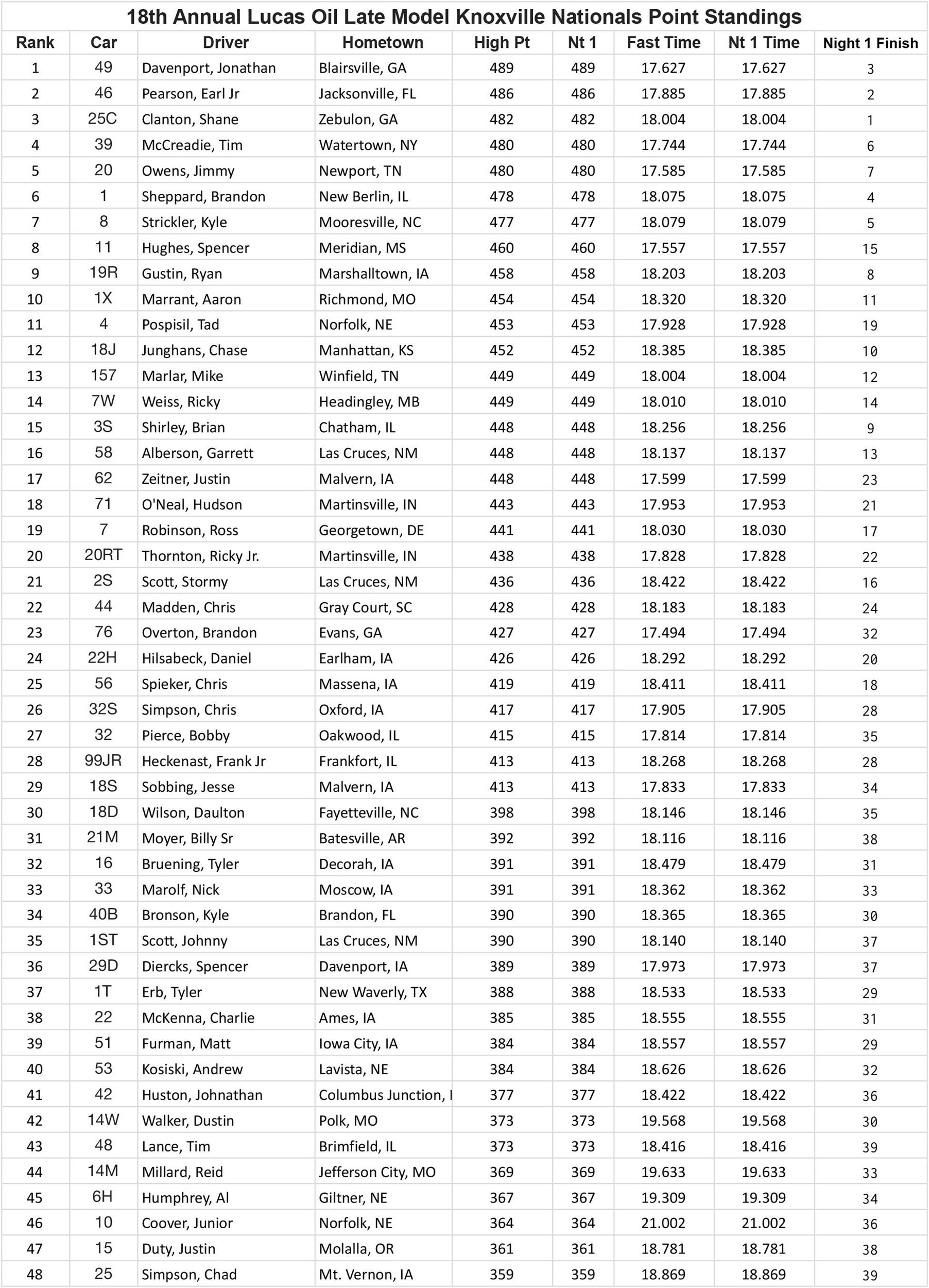