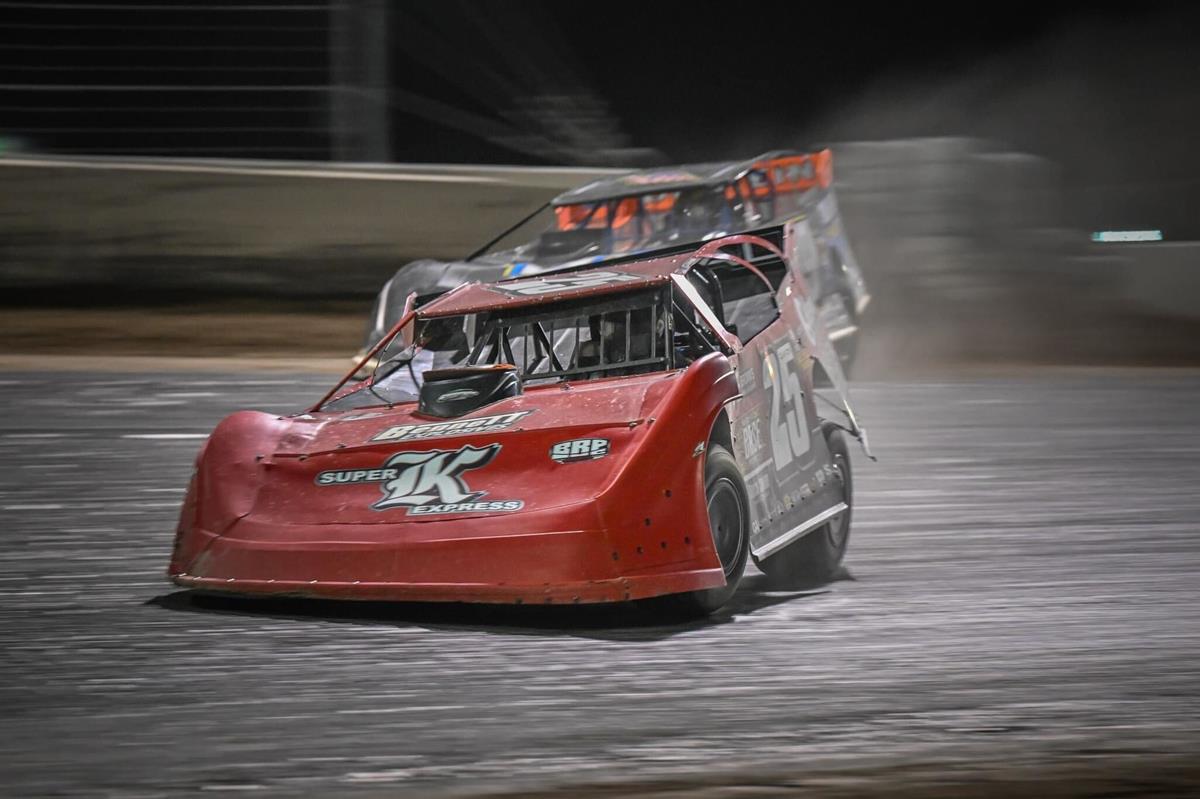 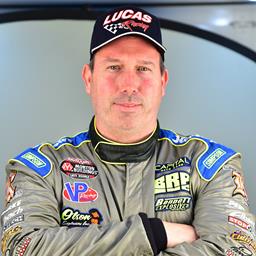 Shane Clanton added another five-figure payday to his 2022 resume on Thursday night. The Georgia racer inherited the lead late in the 40-lapper at The Dirt Track at Las Vegas Motor Speedway and went on to notch the $20,000 victory in his Skyline Motorsports No. 25 Bennett Explosives/ Super K Express/ Capital Race Cars / Clements Racing Engine Super Late Model.

“The top was dominant there. (Bobby Pierce) is always good on the cushion,” said Clanton, who led the first seven laps before Pierce got by. “When I started catching him there, I went to the bottom, and it hooked harder. It started cleaning up and rubbering on the bottom there. If he didn’t have a flat tire, I think I would have gotten by him anyways. … I was trying to stay out of the cushion there and three and four, and out of the wall. We did it.

“We added a third-place finish on Friday, and then we ran into some issues on Saturday that knocked us out. It was still a solid weekend for this Skyline Motorsports team.”

Drawing 42 Late Models to the half-mile oval, Clanton laid down the fifth-fastest time in his group before going from third-to-first in his heat.

After leading the opening seven circuits of the feature from the pole, Shane surrendered the top spot to Bobby Pierce on the ensuing lap but stayed within striking distance of Pierce as the 40-lapper winded down. Regaining the lead on lap 37 when the leader suffered a flat, Clanton soared to his eighth win of the season and fourth XRSS victory.

He pocketed a $20,000 prize ahead of Tim McCreadie, Jonathan Davenport, Tanner English, and Brandon Overton.

For another $20,000-to-win prelim on Friday, Clanton topped his 21-car group in time trials before placing first in his heat race.

Losing one spot in the 40-lap feature, Shane notched a third-place finish, which came behind race-long pacesetter Jonathan Davenport and Brandon Overton.

On Saturday, Shane’s fifth-to-third run in his heat race positioned him on the fifth row for the $40,000-to-win Duel in the Desert finale. Running into trouble early, Clanton was the first retiree from the 50-lapper on lap 13.

Full results from the weekend are available at www.RaceXR.com.